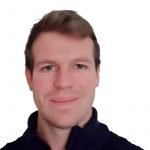 Stefan Ackermann was born in South Africa where he developed a keen interest in the game of golf and started playing at a young age. After completing the PGA Diploma at Centurion Academy he then continued acquiring further practical experience through Irene Country Club, where he had been a member since his junior days. In 2015 he joined the PGA of South Africa and he continued his development, becoming a full member in 2016.
Whilst working at Irene Country Club he particularly enjoyed junior coaching sessions at weekends and helping to grow the game. In 2016 he moved to the United Arab Emirates and worked in the golf industry in Abu Dhabi. There he enjoyed the opportunity to be part of the HSBC Championship Tournament.
Stefan is a very active and enthusiastic professional who is passionate about golf and is eager to grow the game. He aims to get more people of all age groups, genders and ethnic backgrounds playing the game of golf.
BOOK NOW

Lessons and Packages Prices available from October 2022 to March 2023. 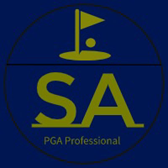